It was in 1958 that Cosimo Vitobello, just 18 years old, began his long adventure in the footwear industry – in a small workshop – using only leather soles, nails, needles, twines and his skilled hands. The shoes were in fact made entirely by hand.
In 1964 Cosimo took more and more the idea of extending production, starting to produce shoes assembled with the help of some machines and with the collaboration of some employees.

In 1977, thanks to the experience gained up to that point, the small workshop becomes a real industry, and it is precisely in this year that the “Odeon Shoes Shoe Factory” was born.
Over the years, in this new factory occupied 150 employees divided into two production sectors: the injected PVC (supporting column of production) and the assembled, with a production that already touched large numbers, about 1,500,000 pairs of footwear per year, whose process took place between various wholesalers and large-scale distribution centers organized in Italy and abroad.
In the same year (1977), in London Cosimo Vitobello was conferred, in the presence of Queen Elizabeth, the “PRIX SCARPA D’ORO” prize as recognition of merit for the commercial seriousness and the spirit of industriousness and commitment with which it was up to that point distinct at national and international level.

In 1990, given the changed conditions of the footwear market, Cosimo Vitobello felt the need to expand

and perfecting the production range of the assembled footwear creating the “Over Teak”, with the collaboration of his sons, still present in the company at the helm of strategic points.
The adventure of Cosimo Vitobello does not end here, in fact in 1996 he decided to move forward in the production of safety footwear, identifying them with the new “Uniwork” logo (www.uniwork.it).
The task is difficult given the impact with new fully automated and computerized equipment that could – in appearance – turn out to be science fiction in the eyes of those who had “given the there” with exclusively manual operations.
Once again, however, Cosimo shows great ability and stubbornness by relying on his intuition, the enormous experience, with the collaboration of his sons Matteo, Francesco and Giuseppe, still present today, and a staff of valid elements that – as an integral part of a structured well organized – they succeed in obtaining great results from the new production line.

Enter your email address to receive all the news from OverTeak 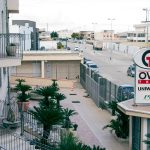 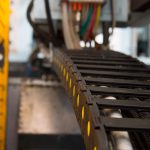 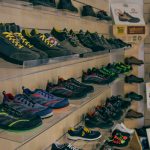 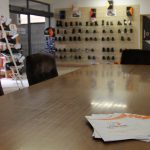 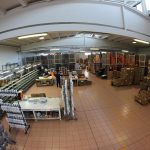